The hemp protein is a principal driving force for an American extreme athlete.
Erin Dunn ranks among the world top athletes in the most demanding athletic discipline, that of the Iron Man type triathlon, and takes prominent positions in competitions all around the world. Erin (US, aged 33) managed to find a right fuel for the extreme exertion experienced by her body and mind alike: the hemp protein powder.

I have spent the last 12 years eating to compete and I have tried nearly everything that the market puts out there with regard to sport nutrition with varying results and a long history of stomach problems. Personally, I was becoming fed up with all the processed junk that the sport nutrition market sells to athletes. As a nurse and health professional it made sense to me that there would be a grand difference between the performance capabilities of individuals whose bodies are well-nourished and those that function in a state of constant stimulation from sugar filled energy drinks, bars and gels, as well as ergogenic aids and supplements..

In the spring of 2008 I discovered a book called the Thrive Diet by Brendan Brazier a Canadian endurance athlete, author, advocate of a vegan (plant-based) diet, and creator of the Vega line of whole food nutritional products. Brazier is a former professional Ironman triathlete (1998–2004). It was in his book that I first learned about the benefits of hemp protein and began to train, race and compete and decided to give up all commercial products and switch to a plant-based, whole-food diet as a means to enhance sport performance. I also saw the sense in acid-base balance and the consumption of high PH alkaline foods as a means to create an optimal environment for cellular function, reparation and development. Hemp products (protein, seeds and oil) became a staple in my diet and I used it in everything from home-made energy bars and energy drinks/shakes to salads. I became convinced that the whole food plant-based way of living was the best option for me because I saw big differences in not only my health status but also clear improvements athletic performance.

In 2010 I moved to Spain and gave up my plant-based diet due to cultural factors. My athletic performance took a back seat to other priorities based on a need to integrate into a culture where traditional foods heavily influence social adaptation and integration. In the spring of 2011 joined a local triathlon club in Granada and started competing again and although I wanted to return to the plant-based diet that I followed in the USA, I decided not to because I could not find hemp protein and other products that I was accustom to using.

Within the last two years I have noticed that Spanish athletes are becoming fed up with commercial products and are looking for natural alternatives. Upon seeing this accruing interest I decided to start a personal project that involved educating Spanish athletes about the benefits of plant-based diets and natural alternatives as a means to enhance athletic performance. In conclusion, I contacted hempoil.eu because I know from my personal experience that that hemp products (protein, oil and seeds) were an essential part of my success when following a plant-based diet and I hope that we can open the lines of communication and collaborate on projects in the future that involve sport performance and hemp products as an essential part of the vegan athletes nutrition plan.

I started running when I enlisted in the army in February 1998 because it was a required activity and from that day forward I never stopped. I learned to love competing and the holistic benefits that it offers with regard to healthy lifestyle mind and body connection. In 2000 I started swimming, bought my first bike and entered my first triathlon and started competing on the collegiate circuit both in cycling and triathlon (University of Florida, USA).

From 2003-2005, I began working full time as a nurse and research coordinator at the Johns Hopkins University (Baltimore, MD) and continued to race/train with for local level teams in Maryland USA (Tri-speed, Baltimore Bicycle Club, Meadowbrook Masters in both disciplines from sprints to half-Ironman distance triathlon to road races and criteriums.

I did my first IM distance triathlon in 2005 (Chesapeake Man, Cambridge MD) and was preparing to take triathlon to the elite level when the option to take cycling to the that level was proposed to me by a team in California (Webcor), I received a scholarship to train and race. In 2006 I obtained the upgrades necessary to compete on an elite level.

While living in northern California I had the privilege to race on the road, mountain, cyclo-cross and track (velodrome) events with some of the Unites States most accomplished athletes including professional triathletes and cyclists as well as Olympic contenders.

I moved to Spain in 2010 to pursue a master’s degree and decided to put bike racing on the side and pursue triathlon again and have spent the last 3 years training and competing in duathlon and long and ultra- distance events in Europe while also completing my academic endeavors. 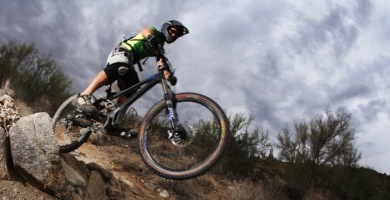 The hemp protein may hardly be outmatched if you are an active sportsperson or you work hard. 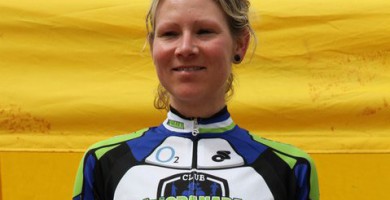